FLUX:: IRCAM Spat Revolution is an object-based immersive audio mixing suite that includes a stand-alone rendering and processing application, and a set of plugins for audio and automation integration with various DAW hosts.

While rendering to loudspeakers, which often is the final destination, one of the most often-used techniques in Spat Revolution relies on binaural synthesis and the ability to render the source objects, arbitrarily positioned in a virtual environment, to a pair of standard headphones using the same two audio channels. 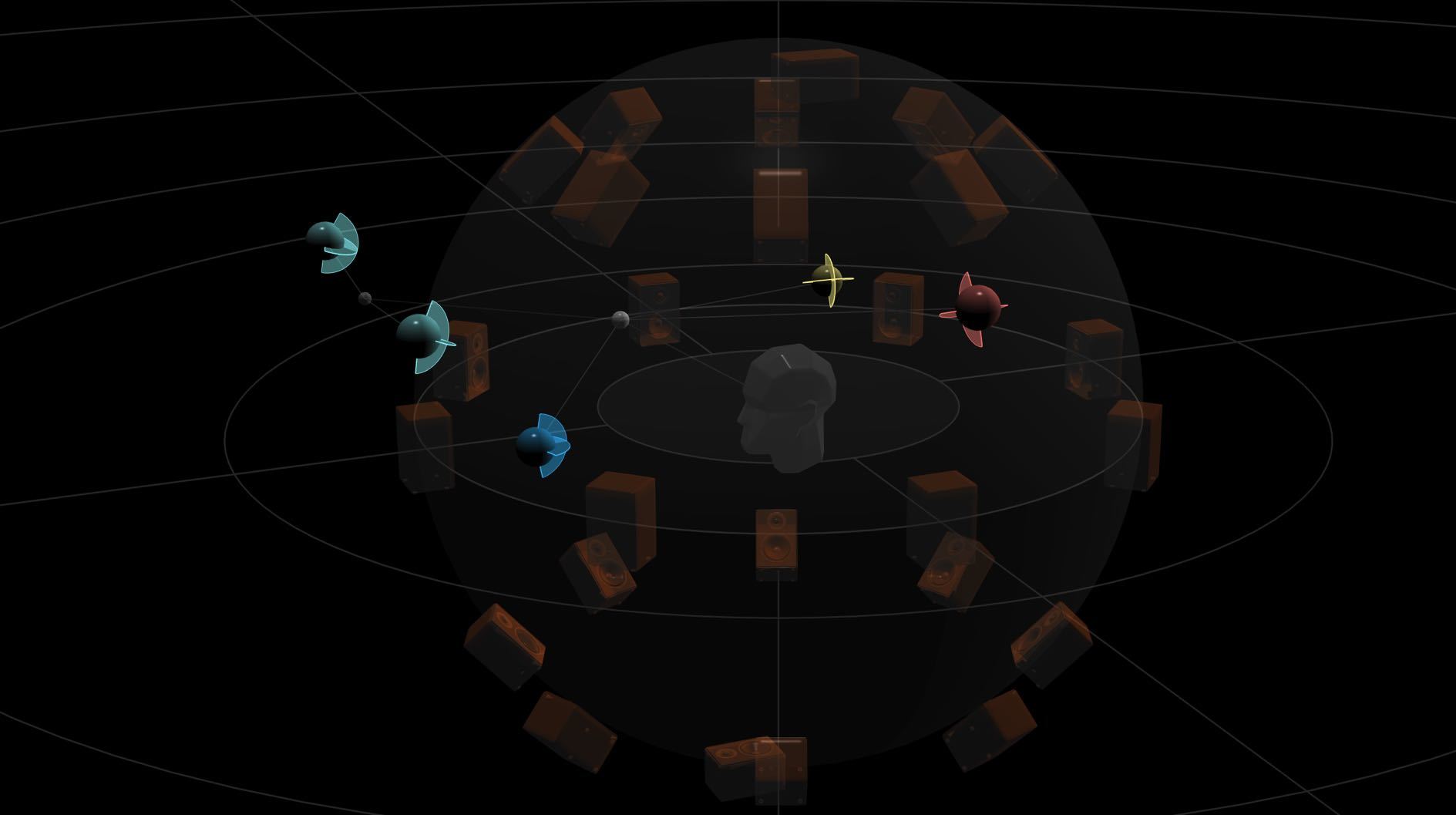 Binaural takes two forms: First, binaural can be chosen as a stream type in order to virtualize every individual source-object and the room effect (acoustic simulation) of a Spat Revolution room (your object-based mix). This is the ideal scenario when creating content for live streaming, or for bouncing the two audio channels as a binaural deliverable. Because multiple rooms are supported, some scenarios may include having some source objects connected to a binaural room, while others are connected to a standard stereo room. This strategy enables the mixer to, for example, keep some instruments that are rich in transients, like a kick drum in a stereo pan law, very much locked in between the ears. A simple summation then returns everything together in the headphone mix in the end.

The second form of binaural is binaural monitoring. This makes it possible to audition any channel-based speaker arrangements over your headphones. In this particular case, you are virtualizing each speaker as a source, which is extremely convenient when you don’t have access to the diffusion system you are preparing the content for.

In the two binaural modules in Spat Revolution, Room or Monitoring, there is an option to choose an HRTF. By default the HRTF used is Kemar, though this can be changed in the set up in the Spat Revolution preferences page.

Interested in knowing more? Read on Getting your Aural ID for binaural reference accuracy or Managing and Importing HRTF